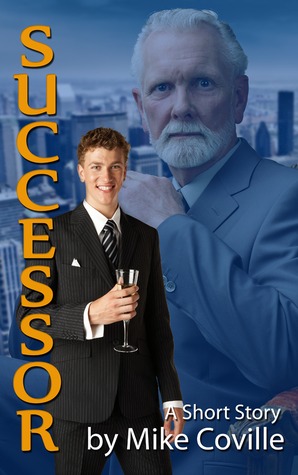 Today I am reviewing Successor by Mike Coville.

His life has been one blessing after another, and now on the biggest day of his life yet, Adam Ross finds out why he has been given all these opportunities.

This is an original short story by author Mike Coville.

My thoughts:
Mike Coville has done something I’ve been working towards for several years — and planning for the past year — but I’m still waiting to do. He has published not only one, but two books!

Successor is his second published work — a short story — and a pretty darn good one. It’s set in the year 2069 in New York City, with a young man on the verge of being named the CEO of a vast organization – the World Wide Progress Foundation.

Mike does a great job introducing Adam Ross, the main character, with enough details from his past to get the reader’s attention, and adds interesting characters throughout the story.

Is this a success story? It sure sounds like it. But what else is going on behind the walls of the World Wide Progress Foundation? If I tell you, it’ll spoil the book! If you want to know, read it for yourself and draw your own conclusions.

One clue – I was totally surprised – this doesn’t happen to me often; too many times I can pick up where the story is going in the first chapter.

If you’re looking for a short read with mystery and intrigue, don’t miss out on this book!

Successor… a great short story by Mike Coville! – Tweet this!