DAUGHTERS OF THE PROMISE series! 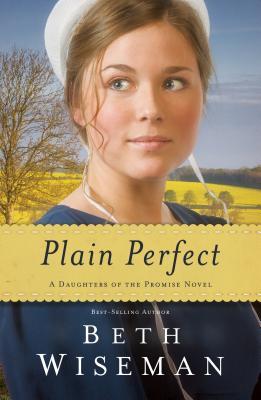 A search for peace in Amish country proves anything but simple for a woman on the run from life…and herself.

On the rolling plains of Lancaster County, PA., Lillian Miller is searching for her grandparents’ house…and so much more. After years of neglect and abuse, she’s turning to a lifestyle of simplicity among the Amish to find herself.

As she discards the distractions of her former life, she befriends the young boy working on her family’s farm, and his attractive widowed father, Samuel Stoltzfus. Despite Lillian’s best efforts to the contrary, her feelings for Samuel–and his for her–deepen. Will Lillian find her faith in Plain living, or will she be forced to return to her former life? 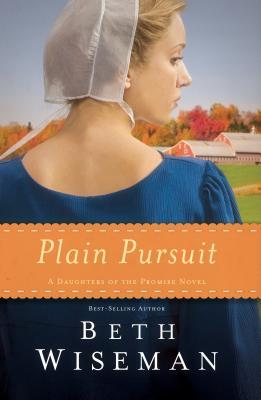 Carley Marek experiences culture shock when she visits her friend Lillian’s family on their farm deep in Amish country. She’ll get an article out of the visit–and maybe some of Lillian’s newfound peace will somehow rub off on her.

Just when Carley is getting used to the quiet nature of the Plain community, Lillian and Samuel’s son falls ill. But the local doctor who can offer the most help has been shunned by the community and forbidden to intervene.

As David’s condition deteriorates, Dr. Noah determines to do whatever it takes to save the boy’s life. Carley is caught in the middle–drawn to Noah, wanting to be helpful in the crisis–and confused by all their talk about a God she neither knows nor trusts.

Carley must decide what in life is worth pursuing . . . and what to do when she’s pursued by a love she never expected. 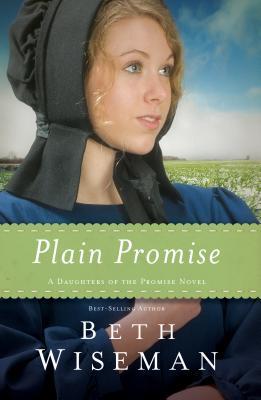 Sadie Always Believed in God’s Promises. But Can She Really Trust His Heart?

Young Amish widow, Sadie Fisher, leads a simple life in the quiet countryside of Lancaster County–selling Amish goods to a steady stream of tourists. Though it is a good life, lately she’s wondered if it is God’s will for her to remain without a husband and a family.

Winters can be brutally cold and lonely in Pennsylvania, so Sadie rejoices when a renter signs up for a three month stay in her guest cottage. But when wealthy, impulsive “Englischer “Kade Saunders arrives, she isn’t sure she wants him around that long. Sadie feels the stress of the bishop’s watchful eye, expecting her to act in accordance with the “”Ordnung”,” the understood behavior by which the Amish live. To complicate things, Kade is soon surprised with sole custody of a child he barely knows–his five-year-old autistic son, Tyler.

Sadie and young Tyler form an immediate connection. As she grows to love and understand this exceptional child, her feelings for Kade grow into something that both terrifies and exhilarates her. And while Kade seems to feel the attraction to her as well, their worlds couldn’t be farther apart.

Sadie must stay true to her Amish roots, but denying the love she feels is impossible. Could it be that God has the improbable in store for Sadie? And will she have the faith to step into a love bigger than she’s ever dreamed possible?

Linda’s Amish life seemed like paradise. Until she found out her family had been hiding a secret since the day of her birth.

Josie was just a frightened teenager when she left her baby in the care of an Old Order Amish couple in Lancaster County. Since then, seventeen years have passed and while much has changed, one thing hasn’t. Josie still longs to reconnect with her daughter Linda.

But Linda is unaware of Josie–and living an idyllic life within the Amish community. The bishop’s grandson, Stephen, is courting her and she hopes that he will propose soon. When her birth mother comes to Paradise, Linda finds herself unexpectedly drawn to Josie’s world. Meanwhile, her adoptive parents–and her Amish beau–are trying to understand how this interruption in Linda’s life could possibly be God’s will.

As new relationships begin and old ones are tested, no one’s life will remain the same. In the process of losing and letting go–Linda realizes whose daugther she really is. And as only God can do, something more powerful and far more beautiful is forged within the Daugthers of the Promise community…hope.

Miriam Raber takes a bold stand when her Amish boyfriend considers leaving their community. “Whatever he chooses, I’m going with him.”

Miriam Raber enjoys life in her Old Order Amish community, and she is hopeful that Saul Fisher will propose to her soon. But when Saul starts talking about leaving the only world either of them has ever known, Miriam imagines what her life might look like as an Englischer.

One thing she knows for certain, she loves Saul and feels he’s the one God has chosen for her. But Saul’s indecision has come at an inconvenient time as Miriam is noticing advances from Jesse Dienner, a man she went to school with, who is committed to marry and live his life in the Old Order community.

Complicating matters is the arrival of Miriam’s cousin, Shelby, a worldly Englisch girl sent to live with Miriam’s family following trouble back home.

Who will Miriam choose a life with, and who will choose to stay in the Old Order Amish community?

Anna’s grandfather seems determined to ruin her Rumspringa . . . and any hopes she has of finding a husband.

Anna Byler should be enjoying her Rumspringa as allowed by her faith. But because of the strict rules enforced by her grandfather—the bishop—the available suitors in town are afraid to court her.

Even Anna’s grandmother is keeping a big secret from Anna’s grandfather in an effort to keep the peace. Under her grandfather’s oppressive watch, Anna begins to feel her faith slipping and wonders if God has forsaken her.

Jacob Hostetler and his family have relocated to Lancaster County following a family tragedy in Ohio. As his family struggles to rebuild their lives, Jacob is forced to act as head of the household when his father is unable to cope with recent events. It’s been a long time since Jacob has felt any joy. Until he meets Anna Byler.

But will Anna’s grandfather succeed at keeping them apart? And can Jacob put the past behind him and open his heart?

And don’t forget to click below to find out how you can enter Beth’s GIVEAWAY contest!

6 thoughts on “Daughters of the Promise (series) | Beth Wiseman Marathon”