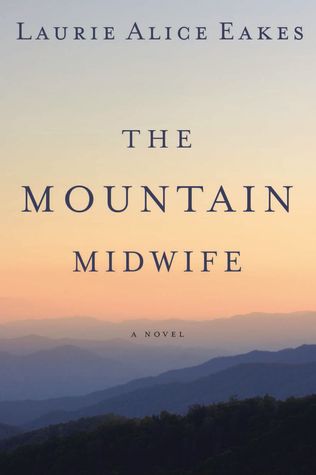 Today I am reviewing The Mountain Midwife by Laurie Alice Eakes.

For nearly two hundred years, women in Ashley Tolliver’s family have practiced the art of midwifery in their mountain community.

Now she wants to take her skills a step further, but attending medical school means abandoning those women to whom she has dedicated her life, the mountains she loves, and the awakening of her heart.

Ashley Tolliver has tended to the women of her small Appalachian community for years. As their midwife, she thinks she has seen it all.

Until a young woman gives birth at Ashley’s home and is abducted just as Ashley tries to take the dangerously bleeding mother to the nearest hospital. Now Ashley is on a mission to find the woman and her newborn baby . . . before it’s too late.

Hunter McDermott is on a quest—to track down his birth mother. After receiving more media attention than he could ever want for being in the right place at the right time, he receives a mysterious phone call from a woman claiming to be his mother. Hunter seeks out the aid of the local midwife in the mountain town where the phone call originated—surely she can shed some light on his own family background.

Ashley isn’t prepared for the way Hunter’s entrance into her world affects her heart and her future. He reignites dreams of having her own family that she has long put aside in favor of earning her medical degree and being able to do even more for her community.

But is it commitment to her calling or fear of the unknown that keeps her feet firmly planted in the Appalachian soil? Or is it something more—fear of her growing feelings for Hunter—that makes her hesitant to explore the world beyond the mountains?

The Mountain Midwife by Laurie Alice Eakes – Tweet this!

Ashley Tolliver’s family has lived in the Appalachian mountain for nearly 200 years. All the women in her family, including Ashley, have been practicing midwifery.

But this story is a bit different from most, when one of her young mothers is abducted after giving birth!

At least that’s what Ashley concludes, especially since the mother and child has disappeared, along with the man who brought the mother to her house.

Then things get even more confusing… but I don’t want to give too much away, so why don’t you read it for yourself. Although I confess, it would have been just as good — maybe even better — if it was a bit less wordy.

But the story is good; lots of twists and turns — and a few surprises, too. I think you’ll like it.

I received a copy of this book from The Fiction Guild in exchange for an honest review.