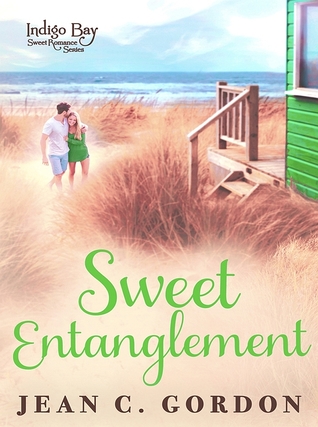 Is three the charm?

Lauren Cooper is on her way to her life’s dream. She’s financed and finished college and law school all on her own. And she’s up for partner at the largest law firm in Indigo Bay.

There’s nothing to stop her from concentrating everything on achieving that goal. Until Jesse Brewster, the man who broke her heart twice, shows up sleeping off the night before on the beach, and she’s called in to serve as his public defender.

Looking to make a new start after the racing accident that ended his lucrative motocross career and sent him spiraling into darkness, the former champion had envisioned an entirely different scenario if he ever saw Lauren again.

That vision was more along the lines of the successful businessman he’d be once he rehabbed the seaside mansion he’s inherited from his uncle and sold it to open a custom bike shop.

Sparks fly between them, and Jesse vows to fan those sparks once he’s got the project successfully underway. But someone starts sabotaging it, putting Jesse behind on the deadline he has to meet to get the property off the Indigo Bay Planning Board’s condemned property list. And Lauren has a sick suspicion that her bosses are somehow involved.

Jesse and Lauren had once promised they’d wait for each other while they pursued their career dreams. Despite that broken promise, neither can deny the love that’s still between them. But now that they are on the cusp of reaching those dreams, are they willing to risk everything to renew that love?

Team Macachek: Fall in love with the strong women and fearless men of the motocross circuit.

This is the 12th novel in the Indigo Bay series, but all books can be read as standalones.

I had to laugh when I read how Jesse Brewster planned to impress Lauren Cooper if they ever met again. . . nope, not anywhere near what he had envisioned. On the contrary, he couldn’t have made a worse impression.

But the sparks are still flying and cannot be ignored. Will they go for their dreams? Or will they let love guide them? Read Sweet Entanglement to find out. . .

Don’t miss this sweet story of love and hope!