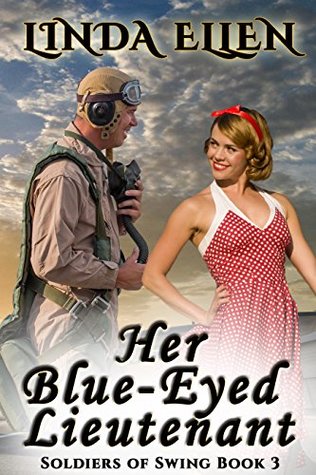 Today I am reviewing Her Blue-Eyed Lieutenant, the 3rd story in the Soldiers of Swing series by Linda Ellen.

Until now, Gary Tucker’s life had been one of privilege and wealth.

His long-lost brothers figured he’d had everything handed to him on a silver platter.

But he’d had struggles of a different kind—like the struggle to break free of Gareth B. Tucker, Sr.’s iron-fisted control—to be his own man.

No one really understood what it was like to be Gareth Tucker, Jr….no one that is, except Julie. Julie Banks was beautiful, wholesome, smart and funny—and his brother’s little sister.

Gene thought of her as just a kid—but Gary saw her as the woman of his dreams. Therein lay the problem. Were they destined to remain best friends, never taking their relationship farther than that?

Overshadowing all of this, however, was the War. More than anything, Gary wanted to join the conflict and fly bombers over Germany and Japan. Would he get the opportunity?

Could he find a way to become the man he knew he was called to be—and would the woman he loved be by his side when it was all said and done?

If you love stories about WWII and the “Greatest Generation” that read like you’re watching a classic movie, with handsome soldiers and beautiful girls-next-door, then Her Blue-Eyed Lieutenant is for you!

In this third story, Gene’s brother Gary joins the military. Julie Banks, Gene’s stepsister, finds herself attracted to Gary–but Gary is trying to do the right thing by keeping his distance. After all, she’s his brother’s kid sister, isn’t she?

Actually, this just might be my favorite story in the series…

I really hope you’ve already picked up a copy of these books. Take my advice; they’re best when you have time to read all three in a row. Now go get reading!

If you don’t have it yet, be sure to pick up a copy of Her Blue-Eyed Lieutenant today! 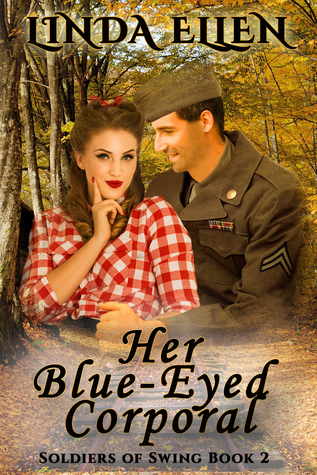 Today I am reviewing Her Blue-Eyed Corporal, the 2nd story in the Soldiers of Swing series by Linda Ellen.

He’d been kicked around for most of his life, but things were starting to change…

Corporal Steve Wheeler’s attitude had taken a turn for the better when he was reunited with the brothers he never knew – Gene Banks and Gary Tucker. He even met a girl that might turn out to be the one, that is–if he could tame his penchant for teasing and tormenting…

Mary June Harriman is Vivian Powell’s best friend, and as such, she is often thrown together with Viv’s fiancée’s wisecracking brother. But, just who is this man Steve Wheeler? Is he the hard-edged hooligan he pretends to be…or is he actually a romantic at heart, capable of sweeping her off her feet?

These two spit and spar, dancing around one another, whether it’s at the USO in downtown Louisville or stuck on double dates with their best friend and sibling. Will the two of them continue to rub one another the wrong way? Or will they find that underneath it all, they are actually attracted to each other. And what if fate steps in and turns everything upside down with an incident at the powder plant? Mary June could lose her corporal before they even get together!

If you love stories about WWII and the “Greatest Generation” that read like you’re watching a classic movie, with handsome soldiers and beautiful girls-next-door, then Her Blue-Eyed Corporal is for you!

In this second story, Gene and Vivian meet Gene’s brothers. When Steve meets someone special, he has to work hard to sweep her off her feet. Is this another story of love at first sight? Maybe; maybe not. But it certainly gets interesting, so pick up a copy of Her Blue-Eyed Corporal, hang on, and enjoy the ride! 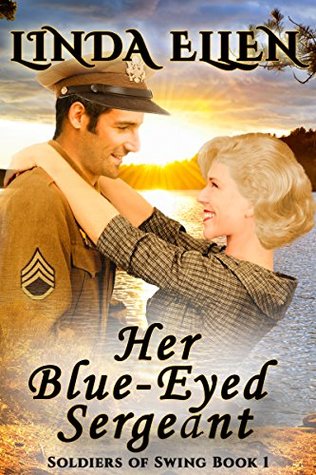 Today I am reviewing Her Blue-Eyed Sergeant, the 1st story in the Soldiers of Swing series by Linda Ellen.

He has his life all planned out – until one night at a dance at the USO in town, he meets her…

A secret blurted out in a moment of anger had turned Staff Sergeant Eugene Banks’ life upside down, but he moved on and made a good life for himself.

At the moment, he’s concentrating on solving a mystery he had stumbled onto at his job over the motor pool at Fort Knox.

Vivian Powell is contented with her life; she has family, friends, and a good job as a bank teller. Although she was nursing a broken heart, she has since moved forward and isn’t looking for love. At the urging of a friend, she decides to join the war effort by becoming a junior hostess at the local USO…

These two people meet one fateful night at a dance, and their lives are everlastingly changed. What follows is a beautiful courtship, while dodging the fact that she signed an agreement to be available every Saturday night to dance with dozens of soldiers, and in spite of two confusing mysteries that refuse to be solved.

Beautiful, that is, until Vivian catches Gene doing the very thing that he swore he would never do, and it nearly rips their romance in two!

If you love stories about WWII and the “Greatest Generation” that read like you’re watching a classic movie, with handsome soldiers and beautiful girls-next-door, then Her Blue-Eyed Sergeant is for you!

Gene and Vivian meet quite by chance–or do they? Do you believe in love at first sight? Well, this story might not be just that, but… oh, dear. I can’t say much more without giving away too much. I can tell you that the characters are colorful, interesting, and unforgettable. And the confusing mysteries will most likely be unexpected, too. Just read it and see…

Hurry! Run and pick up a copy of Her Blue-Eyed Sergeant and read the adventures of Gene and Vivian. Then read the rest of the series, too.

LINDA has graciously offered to sponsor a giveaway…

Don’t miss this opportunity to win a book by Linda Ellen! – Tweet this!

For a chance to win, do the following:

And tell all your friends about this contest!

Linda Ellen is being featured this month on Donna’s BookShelf! – Tweet this!